Nadie es Perfecto is an independent film production company founded in 2000 by Kiko Martínez. Since 2000 we have completed more than 25 productions, including films, documentaries, and TV series.

Our production goals are to achieve the perfect balance between our connection to the general public and genre or auteur cinema, hence our impressive catalogue which includes box office hits like, “Perfectos Desconocidos”, or even more daring titles, like “Pieles”.

We are considered independent because we approach each project from the creative side, participating and collaborating with the project director and their team throughout the entire process. At Nadie es Perfecto you won’t find anyone who loves and understands film as much as we do and we will focus all our efforts on making sure the film comes first.

Nadie es Perfecto stems from Kiko Martínez´s fascination for the way stories are told from film directors, like Wilder, Lubitsch, Berlanga, and Welles. He admired all of them for the way they narrated moving stories with irony and an intelligent point of view.

Our name pays tribute to the famous final scene in “Con Faldas y a lo Loco”, from the master Billy Wilder. Our production company, like the characters in the film aren’t perfect, but even so, we tell the greatest stories.

Our first success was the TV series “Tarancón”, with over 3 million viewers on TVE and an average audience market share of 18.6%. In addition to RTVE, we work with national platforms, such as Movistar, Mediaset, and Atresmedia, as well as international platforms, like Netflix, Amazon Prime Video, Warner Bros, eOne, Universal, Sony, and Paramount.

Through the years we have collaborated with directors, like David Marqués, Kepa Sojo, Denis Rovira, Zoe Berriatúa, Eduardo Casanova, and David Galán Galindo, in most cases producing their debut feature. Our films have been recognised by the Academy with 7 nominations at the Goya Awards and they have a continued presence in the official selection at international festivals, like the Berlinale, San Sebastián, Toronto, and Sitges.

In 2019 we began a new phase with the release of “La Influencia” and “La Pequeña Suiza” and in 2020 we released our first Netflix Original, “Orígenes Secretos”. In 2020 we also shot our first musical, “El Cover”, a debut feature by Secun de la Rosa, and we began producing “Malinche”, a documentary by Nacho Cano.

en la On the Big Screen

“Tarancón” becomes the most watched TV series of TVE, with more than 3 million viewers.

The first Goya nomination for “Musarañas”

“El Bar” and “Pieles” make the rounds at the top international festivals, like the Berlinale.

“Perfectos Desconocidos” becomes part of the top ten blockbuster hit films of Spanish cinema, with more than 20 million euros at the box office.

Kiko Martínez studied Economics in Valencia, although he always knew he wanted to work in the film industry. In 2000 he funded Nadie es Perfecto with the goal of producing films that were innovative in terms of genre, that had the ability to reach the general public and bet on all the new talent the cinematic industry had to offer.

Horror films, like “La Influencia”; pure comedies, like “La Pequeña Suiza” or even thrillers, like “Orígenes Secretos”, reflect the principle of producing films about genres that do not renounce their true nature.

As a proud independent director, his vision of the profession as a creator and not just as the executor makes Nadie es Perfecto 100% involved in each new project, working with the directors throughout the entire film production process.

In the last 20 years as a professional he has gained recognition from his peers in the industry and Nadie es Perfecto currently works with major streaming platforms. 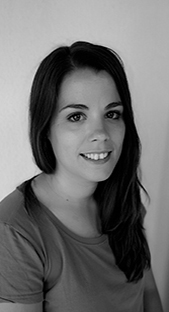 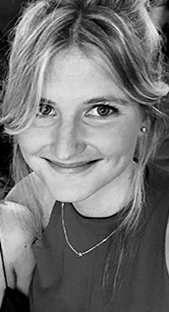 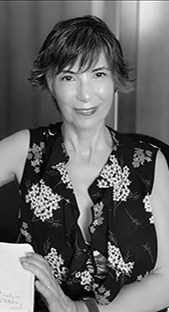